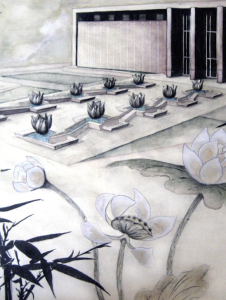 The Texas Facilities Commission has given its approval MyBillofRights.org to go forward with fundraising efforts and further development of our Bill of Rights Plaza proposal. The TFC’s approval is the culmination of almost three years of process involving the Texas legislature, the Governor’s office and the TFC, along with discussions involving a wide range of other stakeholders.

The preliminary design proposal was developed by Holly Kincannon of Kincannon Studios in Austin. It reimagines the current plaza in front of the Texas Supreme Court as a formal entranceway to the court building and a social space for those working in and around the Capitol, as well as serving to create a transition between the Victorian Capitol building the moderne design of the Court. 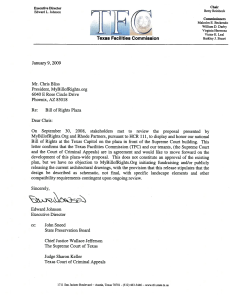